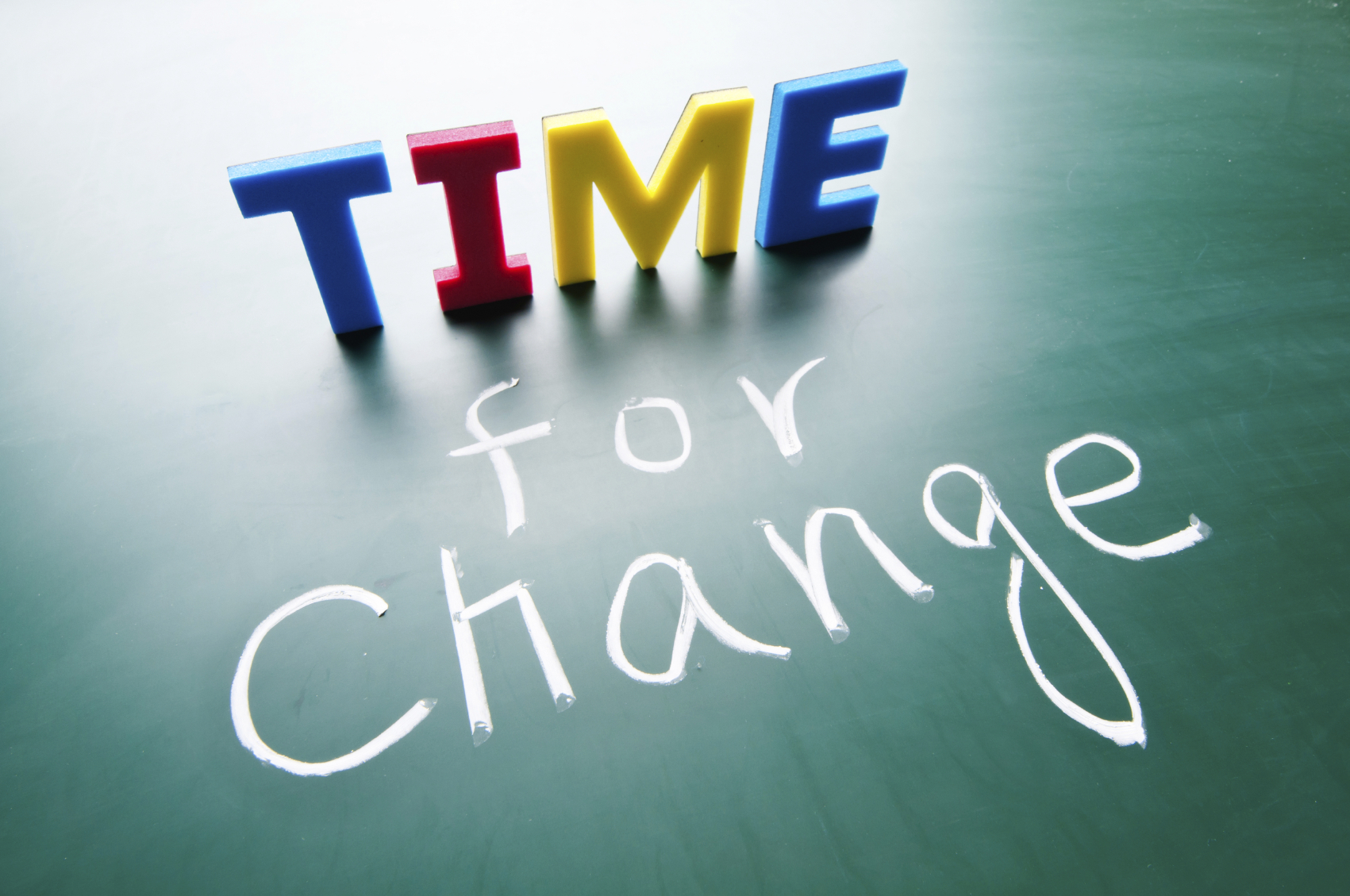 If you look back at your life, does the person you are seem pretty much the same — older, and maybe a little wiser — or do you see significant change over the years?

It is a truism — at least in Western cultures — that people don’t change, or at least not that much. It’s quite a depressing idea. It tells us that if you have a grumpy disposition, you’re likely to stay that way.

Many people believe that personalities are a fixed set of unchanging traits. Think of the expression: “a leopard doesn’t change his spots.” This is meant to warn us that someone who treated us badly is likely to do so again. But here’s the question — what if you’re the person who needs to change?

Neurological research has also shown that what we think of as well-thought out decisions are often nothing more than habits. You may think that you shower first thing in the morning as this is the smartest way to start the day, but it is habit that compels you to do this morning after morning. This is also true of the way we react and behave.

Let’s say you are a person who gets easily annoyed. Your annoyance causes you to snap at people, including your partner. Now, if you have ever had someone take out their bad mood on you, you’ll know it is very unpleasant. In fact, it’s pretty annoying! It’s hardly a revelation to say that this can cause problems in a relationship. It’s grievances like this that can cause committed relationships to fall apart, and a constant bad temper can drive a loved one away.

Let’s say you and your partner are heading out for a romantic dinner. The traffic is busy, and you seem to be hitting all the red lights. When you finally arrive at the restaurant, there’s no parking. This means you’ll need to find parking on the street and walk a few blocks in the rain. You’re fuming by the time you find a spot, and complaining to your partner.

Your partner is also annoyed — but not about the traffic or parking. Nope, your partner is annoyed with you. He or she was looking forward to a nice evening out, and your attitude has ruined it. The two of you get into an argument, and what should have been a romantic evening is now a disaster.

You might think that a short-temper is just who you are, but reacting with annoyance is nothing more than habit — and habits can be changed.

The Massachusetts Institute of Technology, or MIT, started studying the neurological basis for habit formation in 1990 and concentrated their efforts on a part of the brain known as the basal ganglia. They had noticed that animals with injuries to this part of the brain developed problems learning new tasks and theorised that the basal ganglia was important for habit formation. The scientists found that the brain turns a sequence of actions into an automatic routine or habit by a process they call “chunking” and that we rely on a behavioural chunks every day. These can be simple. For example, knowing how to get dressed or brush your teeth is a behavioural chunk. They can also be more complex – such as knowing how to drive  a car. By developing behavioural chunks we cut out mental effort, and conserve our mental energy for more important tasks.

Behavioural chucks operate in a three part habit loop. First, there is the cue – the trigger that tells your brain to switch into automatic mode and to do something. That’s followed by the routine. The routine can be physical, mental or emotional. Finally, there is the reward. This tells your brain whether or not a loop is worth remembering. Here’s an example: you come after work. The first thing you do is switch on the kettle. You make a cup of tea, kick off your shoes and turn on the television. Coming through the door is the cue; your actions are the routine; and the feeling of relaxation at the end of the day is the reward.

To develop a healthy new habit, you need a cue, and a clearly defined reward. Many people smoke after eating. Finishing their food is the cue, smoking is the routine and nicotine is the reward. You can change this habit loop by tinkering with the cue. Let’s say you decide to walk after dinner. After a while, your empty plate is your cue that it is time for a walk, not a cigarette.

Habits create neurological cravings. This is why they can be so hard to break. But they can be overcome once you recognise what cravings are powering them. You can also use this to create new habits. You create a cue, and set a reward, and once you start craving the reward, a new habit is formed.

The easiest way to develop new habits, or get rid of old ones, is to keep the cue and reward but change the routine. This is the golden rule of habit change. If the cue and reward are familiar, changing a routine is easier. For example, instead of coming in the door being your cue to make a cup of tea and watch television, you use it as the cue to walk your dog. Initially this will not be as relaxing as your old routine but after a while it will be, as this becomes your relaxation time. The process itself is easy, but accomplishing new behaviours can take time. You need to keep at it!

David Kavanagh studied Theology for four years and holds a Degree and a Higher Diploma from Maynooth University.

David appears regularly on Newstalk Radio, Spin Fm and many local radio stations. He has appeared in the national newspapers and is frequently a guest on RTE and TV3 chat-shows.